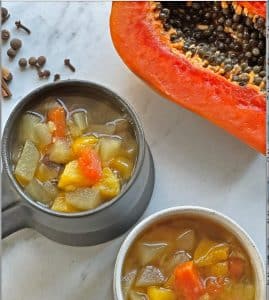 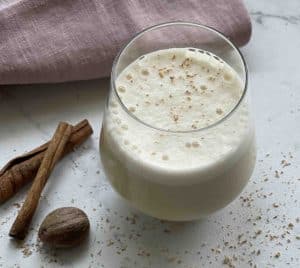 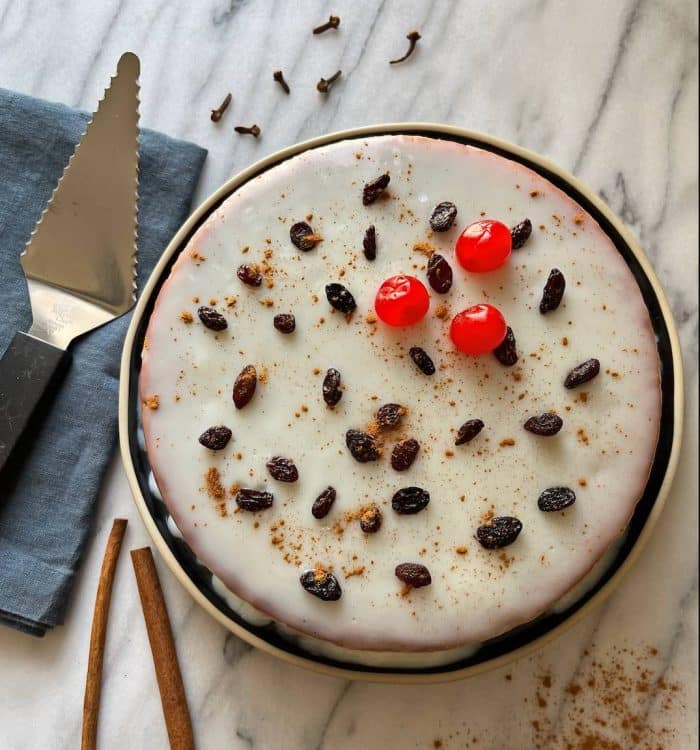 This is the Guatemalan borracho cake that must be served on special occasions in Marleny “Leny” González’s Illinois home. “There is no choice,” Leny says. “Everyone in my family begs for it and they all show up with their Tupperware to take some home for later.”

The oldest of six, Leny is the family-designated borracho baker, even though her siblings, now all based in Ilinois, expertly know their way around the kitchen. Leny is also the go-to cocinera for the family’s takes-two-days-to-make Guatemalan tamales, as well as her family-famous fruit ponche, traditional tostadas and other recipes passed down from their mother, who died four years ago—an unspeakable loss for their family.

“I come from a cooking family,” Leny says. Her great grandmother, grandmother and mother were famous for the food they sold to travelers on the train line in Amatlitlán in southwestern Guatemala. The women would dress in their traditional Mengala clothing—three or four skirts and petticoats each—with baskets full of homemade traditional tapas to sell. The train passengers always sought them out.

Their recipes are the ones that Leny still uses—with the exception of her borracho cake. That recipe she stole.

A Borracho Cake Recipe Worth Stealing

Borracho means “drunken” and this cake lives up to its reputation by lounging for two days in the brandy- or rum-drenched syrup that Leny pours over the bizcocho to absorb. Then it’s time to decorate the top. “The thing about el bizcocho borracho is that everyone has their own version,” explains Leny. It’s not complicated, it’s more about the personal touch each cook gives it. In my home, everyone loves it when I make it with fruit on top.”

When she was a young mother back in Guatemala, she worked in the bakery owned by her ex-husband’s family. “There were certain things that only my mother-in-law made. They were her family’s recipes and she did not share them,” reports Leny. This borracho recipe was one of her baking secrets. “I stole her recipe,” Leny smiles. “I literally robbed her. I went to go help her and took note of how she did it.

“The traditional borracho base is best known for its manjar: a milk-based topping made with cornstarch, milk, raisins and ground cinnamon.” As for the alcohol part of the borracho, that’s up to you, Leny says. She alternates between using brandy and rum. “I like brandy the best.”

No matter which alcohol or fruit you use, Leny warns, get ready for everyone to lose their minds—with comida joy. “When you cook this with love for your family—you will see how when they arrive, and your house smells so good, they will come running, everyone so excited: “Oh, my God, what did you make us!”