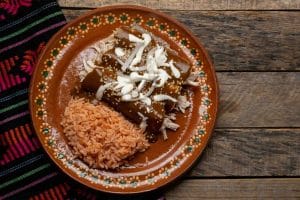 Previous Recipe The Mole Enchiladas That Led to 3 Marriage Proposals in My Family
Next Recipe A Guide to Chiles from Mexico: Which Is Más Picante? 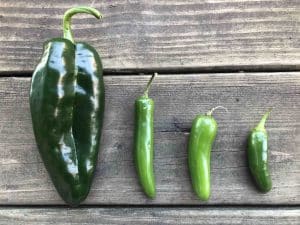 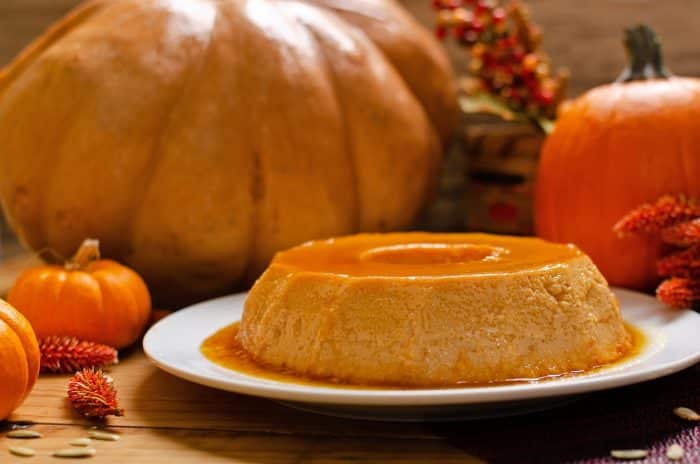 One year for Thanksgiving, instead of her traditional flan, Mami made a delicious, super-creamy pumpkin flan. We loved it.

For this Thanksgiving and Christmas holiday season, I thought it would be fun to take her traditional version and experiment with how to make it healthier. That’s my favorite thing to do: flip recipes. My plan was to make a dairy-free version of mom’s pumpkin flan for our healthy-eating family and friends.

I actually have never made her flan before because by the time I offer to help Mami and join her in the kitchen, it would always be done! But when I asked her to make it this year so I could make a second version—my mom said that she would give me the recipe so I could do it. She was like: “Tu lo haces y yo te doy la receta.” LOL. Typical mom, right?

Surprise! I ended up making the pumpkin flan early in November to experiment for the holidays. The good news is that it came out absolutely delicious. The-not-so-great news is that the cooking process was a bit messy (as you know, it was my first time making Mami’s flan). 🍮😅

I kept some parts of Rosa, my mother’s, recipe (mostly the rum!), and then I made my own adjustments and additions, including making my version dairy free.

For the caramelo, I did not want to use sugar. I don’t like using refined sugars in my cooking and baking. Instead, I made the caramelo with 100% maple syrup. The original recipe calls for butter: I switched it for ghee—clarified butter with the milk solids taken out—because it is healthier. (Regular butter can be used, too, if you prefer). (Note: ghee fans can find another Latinx, healthied-up traditional recipe here: Veronica’s Almost-Vegan Taco Bowl With Jackfruit, Mushroom and Cilantro-Lime Rice.)

So here you go! Pumpkin flan, two and a half ways—because my mom updated her Puerto Rican friend Edith’s pumpkin flan, too! Happy, healthy holidays to you and yours from Mami and me. Below, you’ll find the traditional version first. It’s delightfully succinct and totally delicious. And then you’ll see my slightly more detailed, updated version: dairy free and more saludable. Either way you make your calabaza flan this year, buen provecho, from my family to yours!

DIRECTIONS
1. Set oven to 350°.
2. Boil the peeled pumpkin until tender (about 15 minutes). Drain well. Mash pumpkin.
3. Caramelize the sugar in the flan mold—either on stovetop or in oven, as called for in Marisa’s Always Requested Flan. Once lightly golden, set aside and let cool.
4. Meanwhile, melt the butter on low heat in a saucepan on the stop.
5. Beat all the eggs lightly (stop before they become foamy)
6. In a mixer, blend the pumpkin, sugar, flour, butter, eggs, evaporated milk, vanilla and salt.
7. When the sugar in the caramel is cool, top with the pumpkin flan blended mixture.
8. Place mold into a baño de Maria in a 350° oven for one hour. (You can also make this flan stovetop.)

Note: Naihomy’s mom made a handful of updates to Edith’s calabaza flan, above, with her own Dominican flan-inspired tweaks. All other ingredients and directions remain the same from Edith’s recipe.

Hola Rosario and y muchas gracias for this great question. The answer is yes. We celebrate both traditional abuela...

Hi, my name is Rosario and am borderline diabetic. I have a sweet tooth and so does my oldest son. I have to be very...