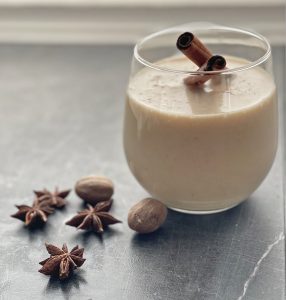 Previous Recipe Old-School Coquito—With Fresh Coco or (Just as Good!) from a Can
Next Recipe Cristina’s Plant-Based Cuban Croquetas 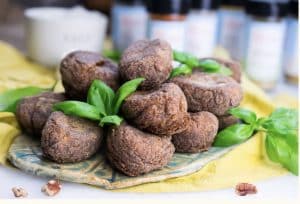 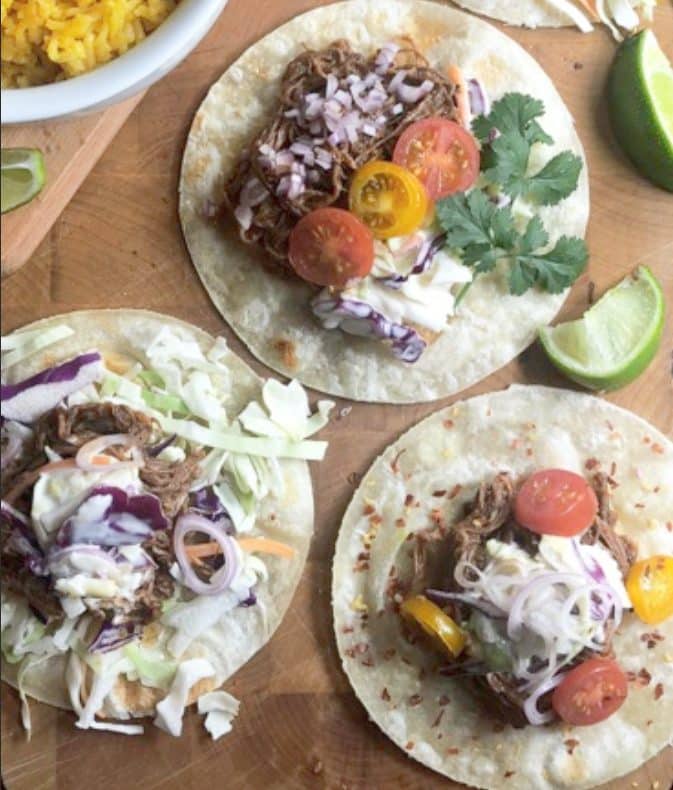 These beef barbacoa street tacos were sent into Familia Kitchen by one of our favorite Latina comida homecooks, Michelle Ezratty Murphy. “I’ve been hankering for a street taco lately, so I started playing around in my kitchen with the next best thing: barbacoa beef taco recipes at home. The best street taco barbacoa has the distinct flavor of cumin. And because it has been slow cooked for hours, the beef also takes on this unbelievably rich, deep, smoky, almost coffee-like flavor. That’s what I was going for: real-deal street taco sabor,” she tells Familia Kitchen.

“The best cut of beef to use for barbacoa tacos is brisket. Flank steak can be used as well, but would need a little more cooking time. Give it a good long cook on low heat, and the brisket becomes tender. As the fat slowly renders, it keeps the beef tender and juicy—so that it literally falls apart or shreds. This is what makes a most perfect shredded barbacoa street taco.

When she makes these, she advises, “Let your imagination go wild with topping.” Michelle and her Puerto Rican husband Pat love theirs with crema, avocado, cilantro, shredded cabbage with lime, onions, sliced tomatoes, and jalapeños. “Add some Mexican rice with beans to bring the meal together,” Michelle says.

“In the States, too often, Mexican food gets confused with drive-through hard-shell tacos topped with sour cream, lettuce and a ton of shredded cheddar. I live in the southwest—Arizona—and you would think that authentic Mexican food would be abundant. Yes, Mexican food is everywhere, but for the good stuff, you have to seek out the family-owned, hole-in-the-wall restaurants or food trucks. Mexican restaurants tend to lean TexMex or Southwestern. That’s not what I’m talking about or what I’ve been craving these home-bound pandemic days.“

The real-deal, traditional street tacos she and Pat crave are soft, made from ground corn, and usually filled with stewed or shredded beef with cumin and oregano, she says “It’s then topped with onions, cilantro and salsa. Usually sold out of food carts and trunks of people’s cars, these street tacos were originally made for locals looking for a quick lunch—without sacrificing calidad or sabor.“