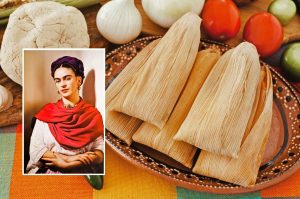 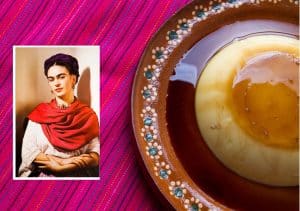 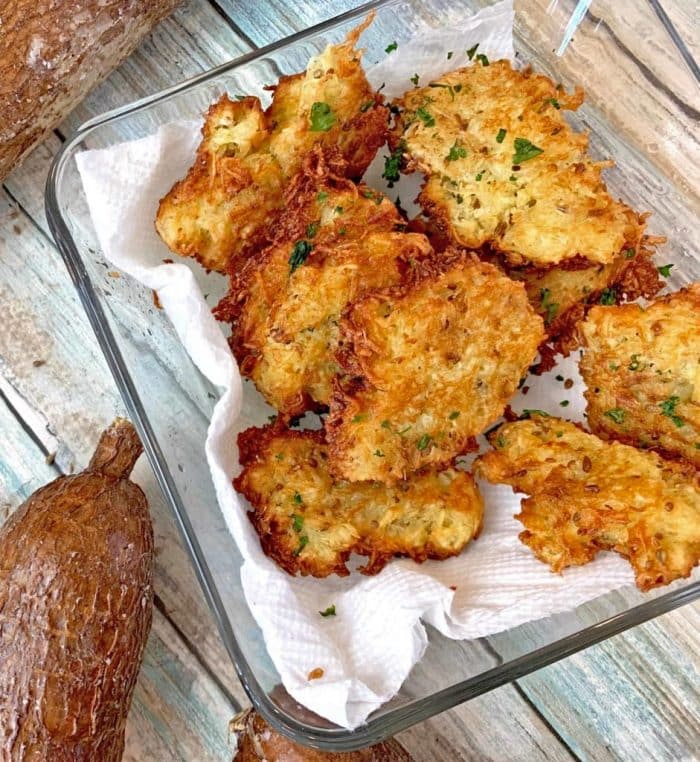 Golden-brown, crunchy-delicious and real-deal D.R., what’s not to love about these arepitas de yuca, the first-ever recipe Belqui Ortiz-Millili made for her cooking blog Belqui’s Twist? The “Twist” in the title is a nod to her love of shaking up traditional recipes, especially Latino ones and double especially Dominican ones, an homenaje to her roots.

It’s no surprise Belqui chose this dish for her cooking kickoff. After all, as every Dominican knows muy bien, yuca fritters are el side dish más famoso from the D.R. You basically grate yuca (a lot!, Belqui warns—that’s the hardest part about making them) and add eggs, butter, anise and spices. Fry—and deliciousness ensues. The only problem, says Belqui, is you can’t stop at eating just one, so make a big batch.

Belqui keeps things pretty classic with her inaugural recipe. Her twist is pumping up the amount of anise. “I just love anise seed,” she says. “It balances the hint of bitterness that’s in the yuca—which I love. Plus, because I grate it so fine, when you bite into the yuca, it breaks apart in your mouth. It’s crunchy on the outside and then super tender on the inside. And then you get that little hint of bitterness and you get that hint of the anise seed.”

She takes an imaginary bite. “Ah!” Belqui sighs. “I just love them.”

A Childhood in Her Family’s Dominican Kitchen

Here’s how Belqui Ortiz-Millili describes herself. “I’m a food blogger and autism mom who is sharing the joy of cooking Latin classics and fun twists on those classics,” says the New York-born and now Arizona-based Belqui, who grew up traveling back and forth between the Dominican Republic and New York’s Washington Heights.

She can’t even remember when she first learned to make the recipes of her homeland, she says. That’s how long she’s been at it. “My parents are both Dominican. And when I was really young, I was already being taught to season food and to help with cutting things. I remember we would get those big cement blocks and I would stand on one or two next to my mom, my grandmother or my aunt in front of the stove. And they would say: ‘Put in this ingredient. And when you do that, look for this with that ingredient. No, you stir this way. You have to hold the pan here.’ I was basically being trained like every single woman in my family to help out in the household.

Did she always like it? ”It didn’t bother me,” she says. “It was exciting. I wanted to learn, but I wanted to learn the things that I liked to eat first. Like pollo guisado, carne guisada, and obviously rice and beans. Because what would our life be like if it wasn’t for the rice and beans we eat on the side of everything that we eat?”

Belqui was soon assigned the responsibility of making dinner. Every night.

“My mom and my dad worked in factories in Brooklyn. They had really long commutes, over an hour each way. My mom would season the meat the night before, and I would come home from school and cook. And then they would get home, and dinner was prepared. I was always protective of my parents because I knew how hard the work was in the factory and how tired they were when they got home. So, I never complained about having to cook.”

It could easily have gone the other way, but Belqui learned to love, deeply, her daily kitchen time. ”Cooking still fills my soul,” she says. Plus, she learned a lot, fast. By the time she was 15, she knew how to make every single Dominican dish, she says. Belqui even became the family experta in making locrio, a Dominican chicken and rice one-pot wonder with a touch of caramelized sugar.

But today, we’re talking arepitas, one of her forever favorite things to make. Key to the success of this side is to hand-grate muchísima yuca—which pretty much means scraped knuckles every time. Her mom wishes she would use gloves when she’s power grating, but Belqui says that’s not her style. “I like to get my hands on food when I’m making something. Some people don’t like it, but it makes me feel grounded.”

How to Serve Arepitas de Yuca

You can eat arepitas as an appetizer or a side, says Belqui. If you want them as a starter, you can serve them solo or accompanied by some sort of sauce. “In my family, we’re not big dip people, but you can dip them in anything you want. They go great with mojo. Some people like them with mayonnaise. Or you can saute red onions with a little oil and vinegar, cook down the onion, and put that on top of your arepitas. Me, I just love them as they are. No me le pongan nada al lado. I love them plain.”

If you want them as a side, Belqui advises pairing arepitas de yuca with rice and beans, pollo guisado or chuletas: pork chops. Think of them “like plátanos fritos,” she advises. Whatever you would serve alongside tostones and ripe maduro plantains, you can serve with arepitas—to great acclaim. Not one arepita de yuca will be left on anyone’s plate, Belqui promises.

Ready to make Belqui’s arepitas de yuca with a twist of anise?

Dominican food blogger Belqui Ortiz-Millili’s recipes and cooking videos can be found at Belqui'sTwist.com. She is the mother of two, wife, digital marketing executive, and an autism support coach.
Share