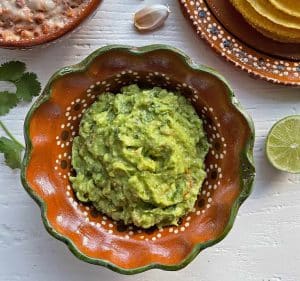 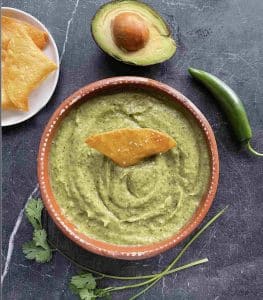 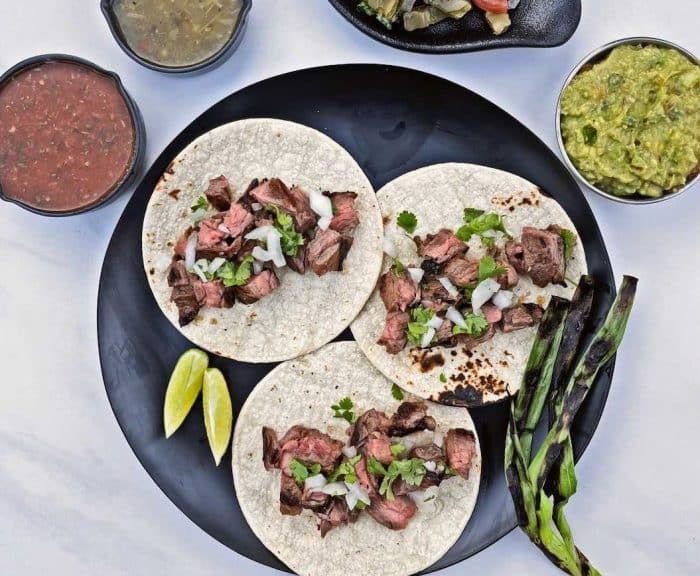 These authentic carne asada tacos are a hit in the Southern California home of one of our favorite Mexican-food cocinera abuelas Anjie Villalobos. Everyone in her family gets pretty happy when she announces she’s making tacos in general (try Anjie’s shrimp tacos) and these delicioso overnight-marinated steak tacos most of all.

“We just love carne asada tacos,” says Anjie. “It’s definitely something we do more of in the summer, because we have to get out the barbecue.”

Like so many of their family-favorite traditional Mexican recipes, Anjie learned to make these by closely watching her sister-in-law Carmen, called China by everyone. ”Their family comes from San Juan de Los Lagos in Jalisco,” says Anjie. ”There are 15 brothers and sisters, so it’s a huge family, with lots of cooking always going on. They have a great love for food and for gathering. The whole family are all great cooks, but I would say China is probably the best.”

And thanks to watching the talented China in her kitchen for the four years she lived with them when her daughters were little, “I was introduced to making carne asada from scratch,” Anjie says. It is now firmly in her must-make comidas. “This recipe is traditional in that there is lots of lime, onion, garlic and spices that are very traditional to Mexican cooking. The beer, of course, helps tenderize the meat and helps impart some really nice flavor, as well.”

Anjie says she tends to add whatever she has in her refrigerator into the marinade, including whatever brand of beer she finds. It’s usually Mexican, which she prefers to use in this asado to keep things authentic.

How does she serve her carne asada? With homemade corn tortillas, says Anjie. It’s worth the extra 15 minutes. And with her grandkids’ favorite refried pinto beans, traditional Mexican rice, her go-to guacamole, and ’multitudes of different salsas.

“We usually have 2 or 3 different salsas: a red spicy one, a medium-heat one, and a salsa verde. Maybe also a fresh jicama salad on the side, or fresh corn on the cob,” Anjie adds.

Anjie Villalobos lives in southern California near her close family, including three grandkids—who all love when she makes their New Mexican and Mexican family recipes. “My three major cooking influences are my grandmother, mother, and former sister in law Carmen or “China,” who is from San Juan de los Lagos, Jalisco. Our family’s passion for cooking is rooted in the belief that cooking is an act of love.”
TAGS: flank steak, skirt steak, big groups, birthday dinner, Friday night, lunch, main dish, weeknight basic, Mexico, carne asada tacos
Share