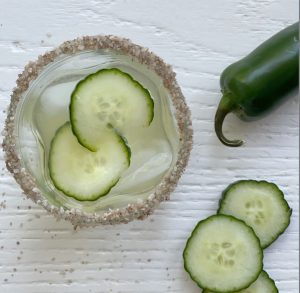 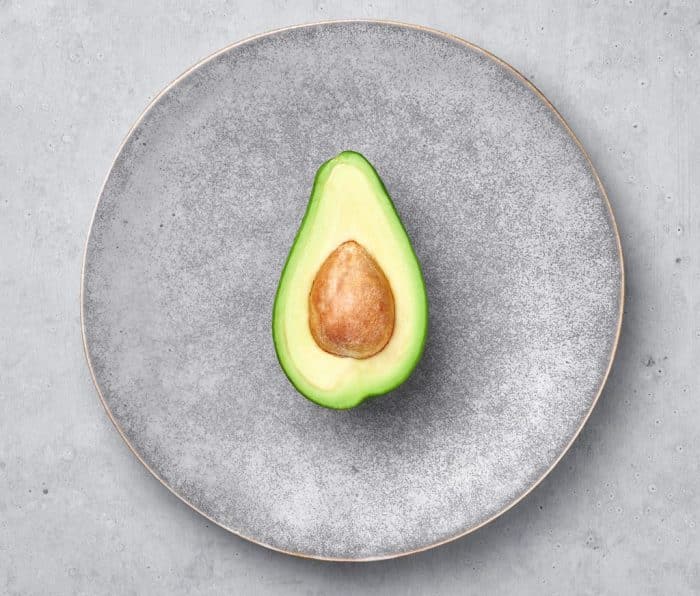 Consider the avocado, one of the most delicious add-ons to any Latinx main dish, and the star of one of our favorite starters at Familia Kitchen: guacamole. Avocados are a delicioso and savory complement to your favorite tacos, caldo de pollo, rice and beans, salad or anything else abuela cooks up. (In my case, Abu.)

This rough-skinned fruta (yes, it is a fruit) with its vivid-green interior, creamy texture, and nutty-mild flavor has exploded in popularity in the 21st century. To the point of becoming a social media sensation when laid prettily across a piece of breakfast toast. Muy Instagram-worthy, no?

Rivaling avocado toast in popularidad is what you get when you mash up an avocado to make a crowd-pleasing bowl of guacamole. Can’t you just taste it: that magical mixture of aguacate, onion, cilantro, lime, a little chile, a little salt, plus whatever else your family adds to it, heaped—yes heaped, because that’s how guac goes, you can’t just have un poquito—onto a tortilla chip that’s just about to snap under the weight?

Not only do they taste great, our favorite pebbly-skinned fruit is good for nuestra salud. It helps us fight heart disease and cancer, keep inflammation in check, and is loaded with the “good” LDL kind of cholesterol, according to HealthCentral. The avocado is also a recommended source for: dietary fiber, potassium, folate, Vitamin C, B6 and E.

Guacamole is increasingly finding its way into non-Latinx dishes: spritzed over deep-fried tater tots, spread on grilled-cheese sandwiches, and subbed for mayo on burgers.

You’ve likely enjoyed it smooth and creamy, chunky and bulky, and stuffed full of jalapeños, cilantro, tomatoes and crema. Because: There is no wrong way to make or eat guacamole. All versions are delicioso. Who among us hasn’t uttered the words: “Can I have some guac with that?” and nodded, instantly, when told it costs extra, no matter how much? Because let’s be real, you know your burrito bowl needs it.

But, before our modern multi-ingredient universe of guacamole, there was a simpler and also beloved version that was first mashed more than 500 years ago.

The First Guacamole: Let’s Go Back to 1500s Mexico

When the Spanish arrived in Mexico in the 1500s, they saw local Aztecs eating āhuacatl in a sauce they called āhuacamolli. After some shoddy translation, they gave us the word guacamole. Back then, the dish had just one ingredient: avocado, and the Spaniards were obsessed. Can we blame them? The Aztecs were culinary pioneers, and we are still enjoying their ingenious dish.

So how did āhuacamolli evolve to the guac we know and love today—chock full of mixings? Early accounts claim the Aztecs were already adding tomatoes and chiles to their guacamole, since these products are native to the Americas. However, once the Europeans established the Columbian Exchange (named after Mr. Columbus of La Niña, La Pinta and Santa Maria fame) to trade between the Americas, Africa and Europe, new types of produce and foods hit the New World market. Items like garlic, onions, cilantro and limes—sound familiar, guacamole fans?

Over the centuries, the dish continued to grow in popularity, but it really exploded in the 1990s— likely because the U.S. lifted an 83-year-old ban on avocado imports (originally set to control avocado agricultural pests from entering the States). Also, the U.S. Latinx population grew by 14 million between 1990 and 2000, bringing with them a voracious appreciation for the recetas of our abuelas y antepasados.

So, How Many Types of Avocado Are There?

Although guacamole originated there, Mexico is not the only place to grow native avocados. There are three domesticated varieties of the fruit with slight differences in appearance and flavor: Mexican, Guatemalan and West Indian.

That said, Mexico is one of the largest producers of avocados, supplying 32% of the world total. Here’s a fun avo fact: the oldest avocado pit ever found is 9,000 to 10,000 years old and was discovered in the Coxcatlan Cave in Puebla, Mexico. More fun stats: there are more than 500 types of avocados all over the world, and some avocado trees are known to thrive for hundreds of years.

The Hass avocado, the one you mostly see in grocery stores, was not the kind the Aztecs used. It dates back to just the 1920s, when a postman bought regular avocado seeds, planted them, grafted a few varieties together, and one of the resulting seedlings yielded a totally new variety: the large-ish avocado we know today as the Hass (named after the postman himself, Rudolph Hass). Gracias, Rudy. We love your Hass. And so does the world: they’re 95% of avocados consumed today.

Put a Pit in It to Keep Your Guac Green?

Are there any ways to help your guac stay green and look fresh longer? One solution, according to cocina lore, is to leave the avocado pit in the guacamole itself to prevent its turning dark.

The fact is: any exposed avocado will inevitably start to brown. This is because it contains an enzyme called polyphenol oxidase. Once an avocado is cut, the oxygen in the air reacts with this enzyme and triggers the color change. Placing the avocado pit in guacamole acts as a barrier between the guacamole and the air above it, so the pit only preserves whatever is beneath it, for a limited time.

By that logic, you could put your iPhone on guacamole and get the same outcome (but ew).

So the pit doesn’t give off any special vapors or preservatives to keep freshness: it’s just a barrier. Similarly, others recommend tightly placing plastic wrap on the surface of the guac and pressing it down to remove air bubbles in the mixture. This can help keep guacamole fresh-ish overnight, but like the pit—it’s just a barrier and it’s only a matter of time before the avocado starts to brown. Doing both— the pit and the wrap— simultaneously may help prolong the lifespan of guacamole for a bit, but it’s probably best (and more delicious) to eat it straightaway. I do.

Whatever your favorite recipe, ancient or modern, we invite you to enjoy the joys of guac—with mucho agradecimiento to the Aztecs and a nod to Latinx familias for passing on their favorite recipes generation after generación.

Of course, if your family has a killer guacamole recipe or favorite Latinx dish with avocado, we’d love to showcase it and celebrate your familia food story! Submit your favorite receta here.

If you don’t have a go-to guacamole recipe or want to try a new one, here are a few favorites sent to Familia Kitchen by Latinx famillies:

Now, con permiso, I’m off to my cocina to whip up a fresh batch of guacamole—and do my share to add to the demand that wracked up 2.6 billion pounds of avocado consumed in 2020 alone. Buen provechol!