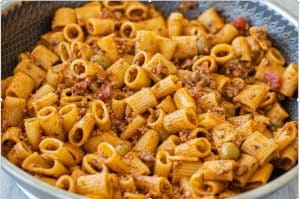 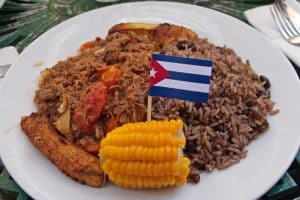 Buñuelos Mexicanos are a cinnamon-sugary fried-dough dessert served caliente—and we love everything about them. A special treat for kids and adultos alike, buñuelos are a highlight of the Christmas holiday season in Mexico.

Is it any wonder Anjie Villalobos, one of our favorite Mexican-food cooks and a grandmother, has these buñuelos in her treasury of desserts? She has three grandchildren who live near her in southern California and love spending time with her in the kitchen. These buñuelos are abuela cooking at its most authentic and dulce.

Anjie showed the Familia Kitchen crew how to make these in an abuela cooking dessert master class, expertly frying the flour rounds to golden-brown in less than a minute each. She then quickly sprinkled each piping-hot buñuelo, still glistening with oil, with a generous pinch of the cinnamon-sugar topping she’d mixed earlier.

We watched how the dusting of canela and azucar sweetly sank into the hot dough. It looked too good to resist.

So, we didn’t. Turns out: Buñuelos taste even more delicioso than they appear.

Anjie handed them out and the batch of 10 disappeared in minutes. They are so light, so delicate, so crispy. Buñuelos are the blend perfecto of tingly cinnamon and velvety flour.

Their dulce sabor took us right back to childhood, and we didn’t mind one bit when our fingertips and tongues burned just a little.

Hungry for These Cinnamon-Sugary Buñuelos?

Anjie Villalobos lives in southern California near her close family, including three grandkids—who all love when she makes their New Mexican and Mexican family recipes. “My three major cooking influences are my grandmother, mother, and former sister in law Carmen or “China,” who is from San Juan de los Lagos, Jalisco. Our family’s passion for cooking is rooted in the belief that cooking is an act of love.”
TAGS: all purpose flour, cinnamon, flour, sugar, vegetable oil, Christmas, coffee and ..., dessert, romantic, Mexico, buñuelos
Share