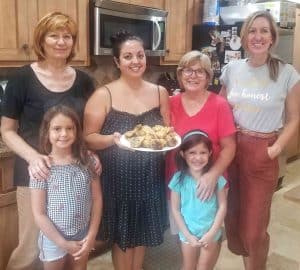 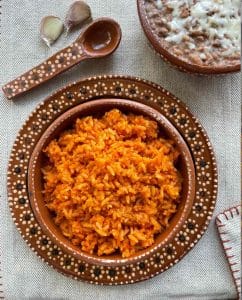 Nothing like a plate of just-made ceviche, after a day at the beach with friends—washed down with ice-cold beer at one of the rustic restaurants in the village of San Andrés. As we ate ceviche de pescado, conchas or mixto, we would watch fishermen fend off seagulls to unload their day’s work on the dock.

The strong ocean smell, groaning of sea lions and sand-dune lines of the Bay of Paracas in Perú—where I was born and my family has spent summers for generations—conjure adolescent bliss, along with ceviche, the tangy, spicy fish dish that makes you worship the Pacific Ocean.

For decades, my immediate family, now living in the U.S., has tried to bring back those memories, making do without the precise ingredients, such as the tangy green limón verde used to marinade the seafood. There are those who suggest that jalapeño or serrano peppers will do for the ají that is absolutely necessary in a good ceviche.

But my mother, who’s been known to forcefully impress upon U.S. grocery store managers that it’s perfectly okay to sell her just a fish head—no body, thank you—for chupe, another Peruvian delicacy, would not have it. She used to smuggle ají sauce, the blended hot orange peppers that Peruvians use almost like ketchup, into the country in shampoo bottles. Now you can buy it on Amazon and some Latin American markets.

Some well-known chefs also call for minced garlic. But my brother Enrique, who is in charge of making ceviche for family gatherings in the Northern Hemisphere, has this to say about that: Ay, Dios mío.

And if you want to go really native, save the ceviche juice or leche de tigre (tiger’s milk), which, combined with a shot of pisco, is an excellent pick-me-up after a beer too many.

For more Peruvian recipes, check out Susana’s delicious lomo saltado with Ceci’s potatoes, velvety-good papa a la Huancaina—made with 1 secret ingredient, mazamorra morada dessert, and how to make the national drink of Peru: a pisco sour!