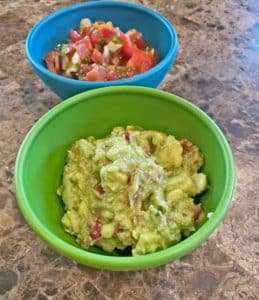 Previous Recipe Bex’s Guacamole and Pico de Gallo
Next Recipe The History of Cinco de Mayo: What Is It, Who Celebrates It—and Why? 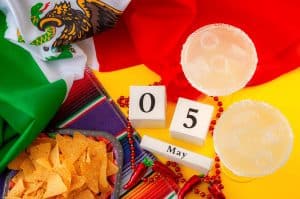 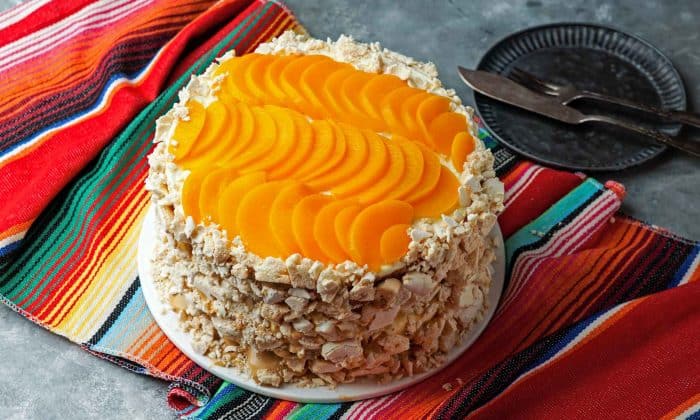 After the delicioso dinner comes the local sweet treat. Here are the most popular postres from the 20 Spanish-speaking destinations our Familia Kitchen community cooks their way home to in this hemisphere.

Let’s talk Latino desserts. What is your favorite? Comida latina is fascinating in the way Spanish-speaking countries and islands in this hemisphere often share sweet traditions—and then use different ingredients and techniques used to make it.

Take flan. The jiggly custard I’ve always thought was strictly a Mexican dessert is also proudly claimed as a signature postre by just about every Latino locale including: Argentina, Colombia, Puerto Rico (often rum-spiked), Panama, Venezuela y muchos más. Some use coconut milk, others would never. Others add cheese (hi, D.R.). Some introduce dulce de leche (Argentina!). Yet, all use eggs and condensed milk. How each destination prepares flan is a reflection of its larger culinary heritage, and that what’s so fascinating to us at Familia Kitchen. (Where we believe food = family = identity = home.) And why Latino desserts are endlessly interesting and worth your recipe-tracking time: Latino country by country (and one Boricua island).

In this sugary roundup of top Latino dessert destinations, we list the most popular sweet treat from the 20 Spanish-speaking places we call home at Familia Kitchen.

Alfajores, at their most basic, are a sugary sandwich with a sweet filling. The cookie is generally made of shortbread. It has powdered sugar on top and dulce de leche in between the two halves. Muchos varieties and combinations, like fruit or chocolate filling, make these cookies endlessly creative and deliciosos.

A Belizean fry jack is a soft, fluffy little triangle of dough that is quick fried. It’s unclear where they got their name, but fry jacks are super popular in Belize and not strictly a dessert. They can be served at breakfast with eggs, bacon and topped with jam.

Cocadas are a pretty straightforward cookie (or candy to some). In fact, they can be compared to a coconut macaroon. Cocadas are made by combing sugar, eggs, water and lots of grated coconut. Though some would argue that they originated in Colima, Mexico, these coconut treats are beloved in Bolivia.

A sopaipilla is similar to a fry jack, in that it is a small piece of dough that is quick-fried for a crispy-on-the-outside, soft-on-the-inside texture. The dough used to make a sopaipilla is typically sweet on its own. In Chile, they are often made with pumpkin or squash and served with a thick molasses sauce made of brown sugar, cinnamon and orange.

Considering that Colombia produces more than 20 million tons of sugar cane annually, it’s no wonder they have desserts packed with sweetness. Aborrajados are made of slices of plantains that are filled with cheese, battered and deep fried. Good for desserts and after-school snacks. Double delicioso.

A cajeta de coco is a small, chilled coconut truffle. They are made by combining condensed milk, grated coconut, butter, sugar and wafer crumbs. They’re another versatile treat that can be enjoyed for breakfast, as a snack or dessert and often with cafecito. We are liking this dessert-for-breakfast tradition.

We Latinos love our pan dulce, and in Cuba pastelitos de guayaba are the pastry of choice. Like other destinations’ puffs of dough, they are small and fried, but they stand out when bursting with guava filling.

Bizcocho can mean many things across Spanish-speaking places, but in la Republica Dominicana, it means cake! A Dominican bizcocho is light, airy and topped with Italian meringue. The cake is often described as “melt in your mouth.” We made it and we agree!

Ecuadorian espumilla looks similar to ice cream, but it’s actually a meringue dessert that comes in many flavors. It’s made of egg whites, sugar, water and fruit. The most common flavor in Ecuador is espumilla de guayaba.

A quesadilla from El Salvador is not the savory Mexican quesadilla most people think of. This quesadilla is full of cheese, but there’s no tortilla. It’s closer to a tiny cheesecake and is often served with, yep, breakfast.

Much like its fun name, chancletas in Guatemala are unique. Chancletas are chayote squash that are cooked, hallowed out (the inside is made into a puree), and stuffed with sweet ingredients. In other Spanish-speaking countries they are filled with savory ingredients, but in Guatemala they enclose sugar, cinnamon, raisins and cookie crumbs.

Yet another dessert-for-breakfast traditional treat comes from Honduras—macheteadas. Macheteadas are tiny fried pancakes made from leftover baleada flour tortilla dough and usually drizzled with honey or syrup.

Traditional Mexican flan is so popular it doesn’t need an explanation. Instead, I’ll mention that I’ve never been a huge fan of the jiggly custard dessert. However, the more modern chocoflan, which is basically half flan, half moist chocolate cake has won me over. I mean: how could it not?

Rosquillas are crisp, little cookies made from cheese, butter, lard and masa flour. Best enjoyed after dunking them in a cup of coffee, they are sold all over Nicaragua. But, like many traditional foods, los mejores are found in small family-owned tiendas.

Of all the Latino desserts, this one might have one of the longest histories on this lis. Bocado de la reina—mouth of the queen—stands up to its royal name. Though it hails from France, in Panama it remains extremely popular. This bread pudding is made of leftover bread, condensed milk, eggs and bananas. Some cooks add cinnamon and/or raisins.

Paraguay’s popular dessert takes advantage of the natural fruits of the region. Kosereva is made by boiling and then preserving ripe, sour-orange peels in a jar with sugar and molasses. This practice dates back to the days of colonialization when the Spanish started preserving citrus fruit in jars.

Picarones from Perú can be compared to donuts in how they look—but not in taste. This Peruvian pastry is made with a mixture of pumpkin and sweet potato for the dough, which is then fried. Picarones are served with chancaca syrup, another Peruvian specialty made from orange peel, cinnamon and sugar.

Puerto Rican Quesitos are best described in the words of Familia Kitchen go-to-cocinera Michelle Ezratty Murphy. Married to a Puerto Rican who also loves to cook and eat, Michelle writes, “Unlike a cheese Danish, quesitos are curled into tiny cigar-shaped puffed pastry rolls, stuffed with sweet cream cheese, and lightly brushed with a sticky honey syrup the second they come out of the oven.” Have one with your cafecito—and you are in Boricua comida heaven.

In Uruguay, chaja cake is how the locals satisfy a major sweet tooth. The dessert consists of layers of sponge cake, packed with syrup, peaches, dulce de leche and whip cream—all over. Its name comes from a tropical bird that is native to Uruguay.

Si, this cake tastes very, very good, like its name promises. Venezuelans love their country’s signature rich, airy bizcocho. Layers of sponge cake are married with coconut cream—and all of this is topped with a frothy-white layer of meringue and cinnamon. It’s a joy to look at—and to eat. Recommended: Venezuelan homecook Liliana’s bienmesabe recipe.

What do you think of our Latino dessert roundup? Did you grow up making one or more of these sweet postres at home? We’d love to hear your sweet story and your go-to dessert how-to, so we can show off your family’s favorite recipes and abuela cooking.

Angela L. Pagán is director of social for Familia Kitchen. A Chicago native with Mexican and Puerto Rican roots, Angela has always had a love of food. Though she considers herself a better baker than a cook, she loves a good cooking-competition show. As a third generation Latinx-American, Angela tries to stay connected to her cultura through research, writing—and food.
Share