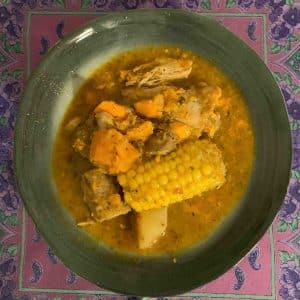 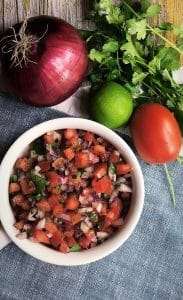 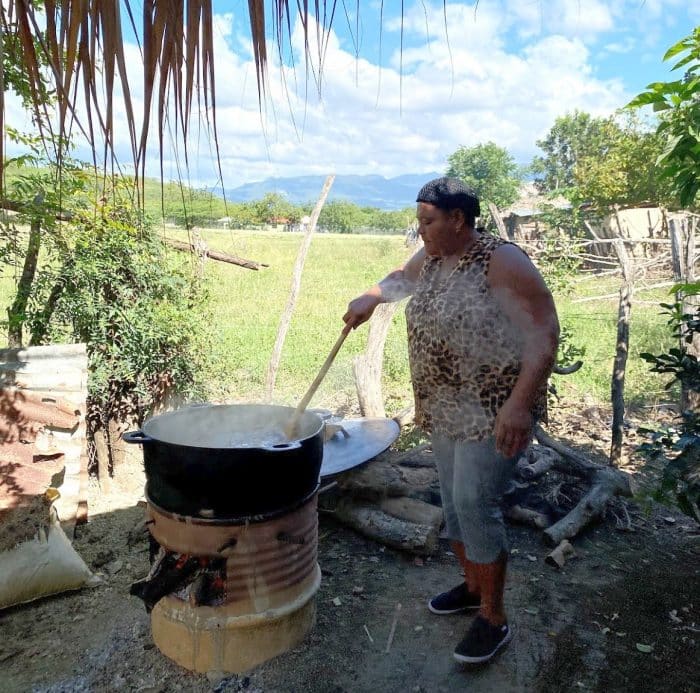 A thick meat stew—often made con 7 carnes—with rumored magical qualities: No wonder sancocho is the national dish of the Dominican Republic.

Certain dishes hold a special place in the Latinx family dinner table—and in the Dominican Republic, a bowl of sancocho is just that.

This traditional stew usually includes a medley of large pieces of meat and root vegetables. Seriously: if you’re not Dominican, do a quick Google search and check out how hearty sancocho can be. I’ll wait. It looks great, right?

Variations of this dish are served throughout Latin America and the Caribbean, and each bite tells a story of celebration and community. Here’s a brief history of that story.

The origin of sancocho

Sancocho is a traditional, crowd-favorite Dominican plato. Many believe that the first bowl of this thick stew may have first been served in the Canary Islands—a Spanish archipelago off the coast of Africa. It evolved into the viandas-and-carne fest it is today following the Spanish colonization of Latin American and the Caribbean. Everyone didn’t get the meat message: According to Spain’s official tourism website, “traditional” sancocho is made with fish and boiled, partly peeled potatoes.

In Feasting on Sancocho Before Night Falls: A Meditation, Nelly A. Rosario, associate professor of Latina/o studies at Williams College, wrote: “A bleaker, commonly held belief about sancocho’s origins points to the shameful days of slavery, during which there was surely little difference between the table scraps thrown to the troughs and what was tossed aside to the slave quarters.” Later, sancocho came to refer to the “plantation stew” cobbled together by folks from neighbors’ crops.

Where (and when) is sancocho eaten

It’s no exaggeration to say you can get yourself some sancocho throughout most Latin America and the Caribbean. Seriously—you can find a version in Puerto Rico, Cuba, Honduras, Ecuador, Panama, Colombia, Tobago, Trinidad, Venezuela (and probably beyond!). In Puerto Rico, it’s typically made with beef and calabaza. In Colombia, it can be called sancocho de gallina with chicken and potatoes or sancocho de costilla, with short ribs. In Trinidad, sancocho is better known as sancoche and its ingredients can include pig tail, hot peppers and coconut milk.

Back in the D.R., according to Rosario, sancocho is so iconic it’s “served as tourist fare,” as well as on special occasions or on Sundays or during inclement weather. That’s a lot of “or’s!” Usually, prep and cook times can take anywhere from two to four hours, depending on how many you’re feeding.

So if, as the abuelas say, good things take time, sancocho Dominicano might just be the best thing of all.

Photo by Naihomy Jerez of Dolores, a talented sancochera, in the countryside of Dominican Republic, stirring up a feast for a holiday gathering.

Karina Corona is an editor at Familia Kitchen. Raised in Texas by scrappy Mexican parents from the state of Guanajuato, she currently lives in the culturally vibrant city Chicago. When she’s not busy researching the migration of food, you can find her perfecting her mom’s arroz recipe and trying to become a morning person.
Share