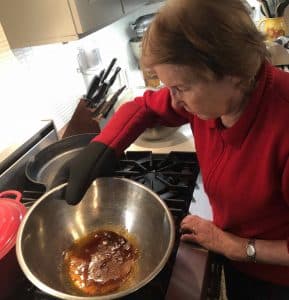 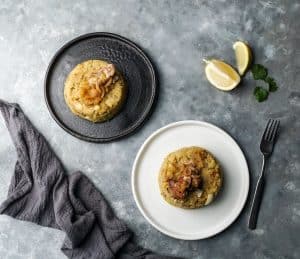 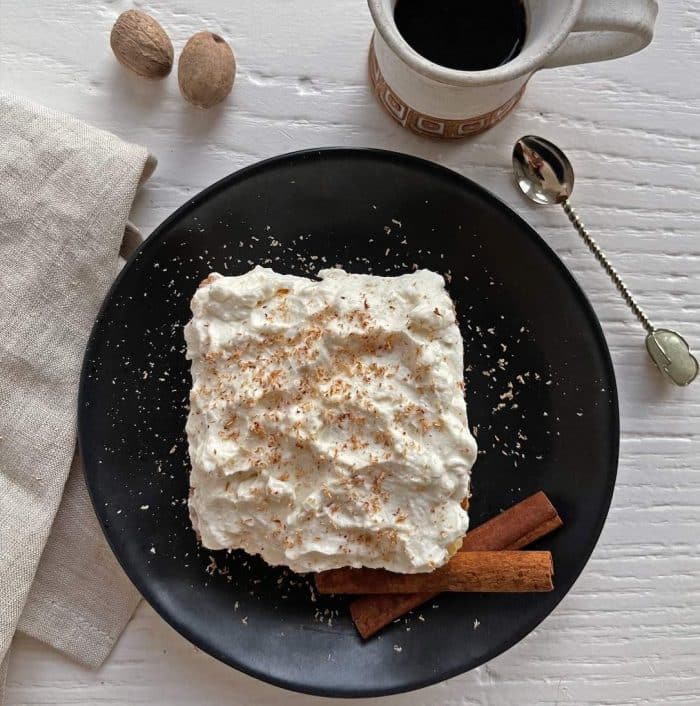 My husband is from San Juan, Puerto Rico and though we live in New York City, the majority of our family is based on the island. Three years ago, after the devastation of hurricane Maria, our city apartment provided succor for so many relatives and friends who were left without power at their island homes.

Around that time, I found relief from constant worry about the island’s recovery though cooking as many Puerto Rican foods as my olla could bear.

One recipe from that period stands out for me: pastel de tres leches (three milks cake). It is memorable to me not only because I rarely bake, but because I was able to adapt island flavors to this classic Latin American dessert, which originally hails from Nicaragua.

This sponge cake gains its luscious texture from three milk products—condensed, evaporated and fresh— and is topped with a fourth: whipped cream.

As I wrote in the Wall Street Journal, this comforting confection, based on a recipe from Ronnie’s family, reflects Puerto Rico itself to me.

Its texture calls to mind the island’s humid, tropical climate. Its use of canned dairy—imperishable, no need for refrigeration—speaks to the stamina and grit of the people. Its use of three milks pays homage to the island’s triad of cultural influences: Africa, Spain and the U.S. mainland. And a lacing of rum commemorates the island’s agriculture, and fondness for the spirit, in a delightfully sweet way to toast a place and people so very close to my heart.

For more Boricua traditional dishes, check out one of our favorite abuela cooks Doña Felipa and her family-famous arroz con gandules, bacalaitos fried cod fritters, and the island’s signature take on arroz con pollo with the perfect pegao—that fought-over layer of caramelized, slightly burnt rice at the bottom of the pan. Que rico.

Tres Leches Cake: The Taste of Puerto Rico Itself

Yes it is! We will update to say that. This cake is amazing. Enjoy!