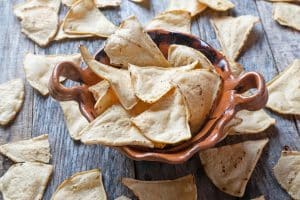 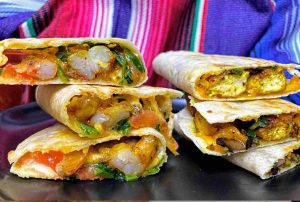 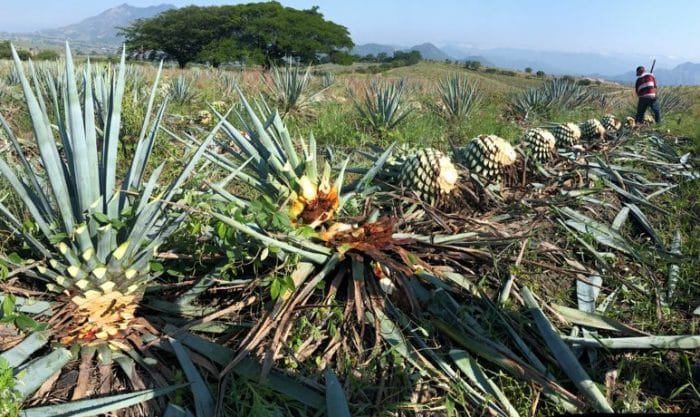 Every time you taste tequila, I invite you to think of this: you are holding in your hands a beautiful spirit that has taken 7 years at the very least to create in Mexico and find its way to you. Isn’t that amazing to think about?

To help you understand the journey of tequila, here is an overview of its production process, from agave planting through distillation. Agave takes quite the journey to get from field to your glass. The decisions made during each production stage are what define the differences in flavor from tequila to tequila.

Mexico received the Denomination of Origin for the spirit in 1974, which means that for tequila to be tequila, it can ONLY be made only in certain municipalities of 5 different states in Mexico. In Jalisco, where most tequila is made, there are 2 growing areas: Los Altos and Valles. These areas differentiate themselves in the tequila they produce because of their different types of soil and climate. In Los Altos, there’s a little bit more copper and iron in the ground so it looks red. In Valles, the soil is more volcanic and heavy with minerals, so it looks darker and gives us wonderful aromas and flavors. The 2 areas really do produce excellent tequila with different tastes—and I love them both.

One thing we are proud to share about our tequila region in Mexico is that you have never seen a more beautiful countryside than where the agaves are grown. There is truly nothing like the Jalisco landscape. In fact, the agave countryside was designated a UNESCO World Heritage site in 2006—so make sure to include this in your bucket list of places to visit.

First of all, remember: tequila must always be made from only one type of agave: Blue Agave Tequilana Weber. Every plant throws off about 5 to 10 hijuelos in its lifespan. This is the most typical way of growing agave. The other way to grow agave plants is from seeds. All agaves take between 7 and 10 years to mature and produce enough sugar that they can be harvested and used for tequila.

After 5 to 7 years, the jimador—a farmer who harvests agave—comes to the fields with a special tool called a coa to cut out the heart of the agave plant. First, the stalks or leaves called pencas are removed, leaving just the central core of the plant, which looks like a pineapple or piña. After they are cut, the piñas are transported to the distillery for fermentation and distillation. The pencas are left in the field to decompose and become part of the rich soil for the next crop of agave plants to grow.

Once the piñas arrive at the distillery, it’s time to apply heat. Agaves are rich in natural starches, so the idea is to slow-cook them at high temperature to convert this starch into sugar. Some distilleries cook them in traditional stone-clay brick ovens or more modern autoclaves, which act like enormous pressure cookers. Each distillery determines the time they cook their agave piñas, just like each abuela decides how long to slow-cook her beans, according to taste and tradition. Great tequilas come from both ovens and autoclaves.

Once the piñas are cooked—usually after about 20 to 30 hours, though it varies depending on the distillery—they are taken out of the ovens and placed either in a super-traditional volcanic stone called tahona or a more modernized roller mill. At this stage, we separate the agave sugars from the fibers. The agave juice is squeezed out of the piñas and naturally volcanic-mineralized water is then added. At this point, the pressed juice “sugar water” is ready for alcohol fermentation.

During the fermentation process, the “sugar water” is placed in large vats made of stainless steel, concrete or wood. Yeast is added, which converts the sugars into alcohol and carbon dioxide. When the agave juice starts bubbling, after 5 to 6 days typically, we call the thick liquid it becomes mosto muerto (or “dead must”). We say it’s dead because the active fermentation is over. There are no more bubbles. Now we know it’s ready for distillation.

During this stage, the mosto muerto is placed into stills and distilled—at least twice, by law. This takes about 5 days for the whole process to be done. The first distillation is called ordinario which results in about 20% alcohol by volume (ABV). To be bottled, tequila must be between 35% to 55% ABV. That’s why a second distillation is necessary: to increase alcohol content and clear the remaining solids from the fermentation. Here we get to our first stage of tequila production maturation: tequila blanco.

Tequila blanco is the youngest and therefore the starting point for all types of tequilas. It will be diluted to 40% ABV for it to be shipped to the United States for us to enjoy it!

When tequila is aged, it is stored in American or French oak barrels. Tequila’s aging process is as follows:

You can sip your favorite tequila on its own in a beautiful glass—I love to do this, using a crystal glass, so that the tequila can breathe. Or, if you prefer, mix a good-quality tequila blanco or reposado into your favorite cocktail, like my classic margarita or paloma cocktail.

However you enjoy your tequila, you’ll taste for yourself why tequila is Mexico’s gift to the world and why the best tequila is the one you drink acompañado—in good company.

Born in Mexico City and now living in St. Louis with her family, MariCarmen Ortiz-Conway is a renowned tequila expert. She is apasionada about Mexican cuisine. She is CEO of Pica-di-Yo, a Mexican food and beverage consultancy.
TAGS: tequila añejo, tequila blanco, tequila reposado, agave, tequila production
Share