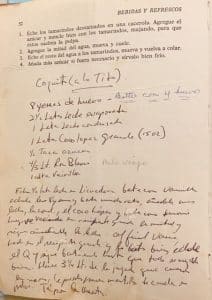 Previous Recipe The Coquito Recipe Debated in Their Family Cookbook
Next Recipe A Vegan Coquito: Less Sugar, All the Flavor 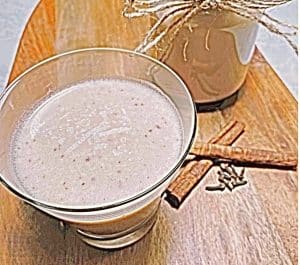 These chicken and pork tamales traditional to Panama are not just for the holiday season, says one of our favorite Panamanian home cooks Lisa Kear. She loves to make these corn masa delicacies year round, no matter the occasion. (Life goal: get ourselves invited.)

For Lisa, Christmas means being with family and neighbors. And what better way to spend quality time with people she loves than to put them to work, everyone making tamales together, she jokes. Lisa emphasizes that the authentic (and most fun) way to make tamales is assembly-line style.

Growing up in Panama, she remembers her grandmother had a large table in their laundry room. Everyone would gather around the mesa, assigned their own task. Every step of the recipe had a person (or two!) in charge, she says—from preparing the banana leaves to tying the tamales. Lisa recommends designating one person as the cook who stands at the stove, stirring and chopping more of everything, in case any of the stews or other ingredients run out.

What makes these tamales so extra-special for Lisa—other than the joy of making them together—is how they taste. Slowly sauteing the chicken and pork in sofrito (a mix of onion, peppers, garlic and culantro) tenderizes the meat and results in mouth-watering flavor, she says. While using any part of the chicken yields delicious results, Lisa fondly remembers her family in Panama cooking the entire chicken. Boiling the bone, cartilage, and skin adds richness and flavor, says Lisa. And anyone who got a tamale with a chicken wing inside was the luckiest of the night, she recalls. But for ease, this recipe calls for boneless pollo. Feel free to improvise, she says.

While Lisa’s family boiled their tamales outdoors in a large pot covered with banana leaves, Lisa says the tamales she makes now inside her house, boiled on the stove, are just as “excellent.” As a special touch, Lisa’s Panamanian family likes to use capers in their filing, in honor of the Greek family heritage of some members.

A Celebration of Pasteles, Tamales and More!

Curious about masa-stuffed pasteles and tamales around el mundo—and the many other names they go by?

In honor of the festive holiday season this year and every year, Familia Kitchen is honored to spotlight special family-famous recipes of masa-stuffed wonders across Latino cultures. Whether they are called tamales, pasteles, hallacas, humitas, check out these beloved family-famous recipes:

If you want to go deeper, check out our history of food in Puerto Rico and the history of tamales in Mexico and across Latinx cultures.