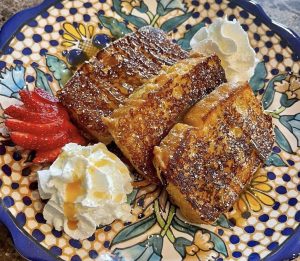 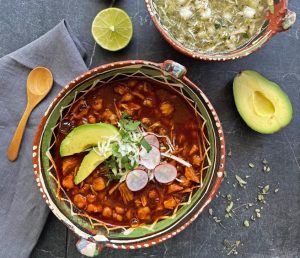 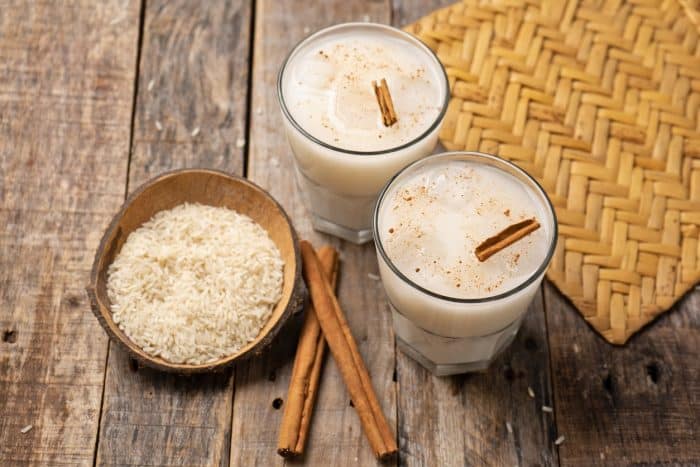 Horchata, a creamy Mexican drink made with rice, milk, something sweet, and cinnamon, kicks off verano in Velia Garcia’s house every year when warm days start slicing through the long Chicago winter.

Velia grew up in Durango in the Sierra Madre foothills of northern Mexico and remembers loving this as a kid. She and her husband take pride in keeping their Mexican heritage alive and strong in their home today. Horchata, a favorite with all their children, is one of these traditions. “We started making this drink when my daughter was a baby. Le encantaba,” says Velia. “Horchata is popular all over Mexico and something we Mexicans drink when it gets hot. Everyone likes it in my house, but one of my daughters and my son love it most of all.”

Velia makes horchata in big batches, a gallon at  a time in a pitcher—at the ready all summer long. She loves that it comes together so quickly. “It takes about 15 minutes and then I put it in the fridge to chill. Or I add ice—and we drink it right away. I make it on weekends, weekdays, all the time.”

Horchata is a favorite drink in many Latino homelands, its mix of ingredients shifting according to locale. In Puerto Rico, locals make a version called horchata de ajonjolí, using ground sesame seeds. In Ecuador, it’s made with dried flowers and herbs steeped in hot water. In Honduras, El Salvador, Nicaragua and Costa Rica, it’s called semilla de jicaro. Rice is blended with jicaro or morro seeds—which come from the calabash tree.

In Mexico, it’s all about rice. But the bebida didn’t start out that way. The earliest horchata was made from barley, reports Atlas Obscura. “While the Mexican version of the drink first appeared in the 16th century, its roots date back to an ancient Roman medical elixir made from barley. In fact, the word horchata comes from the Latin hordeum (barley) and hordeata (drink made with barley). From its role as medicine in antiquity, the beverage took a circuitous route across Europe and across the Atlantic to Latin America. Along the way, horchata became a whole family of drinks made from various grains, nuts and seeds.”

Thirsty for a cool, creamy, refreshing horchata? Check out Velia’s recipe, below. If you want to try more of Velia’s Mexican family favorites, try her red chile pork stew or asado de boda. It’s a favorite meal in her home and with our Familia Kitchen community. Velia grew up on a ranch, where she learned to make this traditional stew. “My mother taught me to make this asado,” says Velia. ”I grew up watching her cook it so often when I was a young girl. And then I started making it myself.” Just like this horchata.