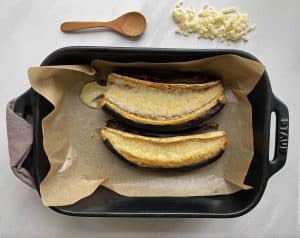 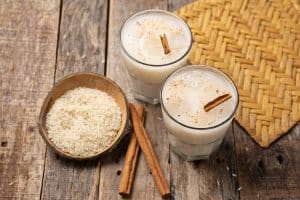 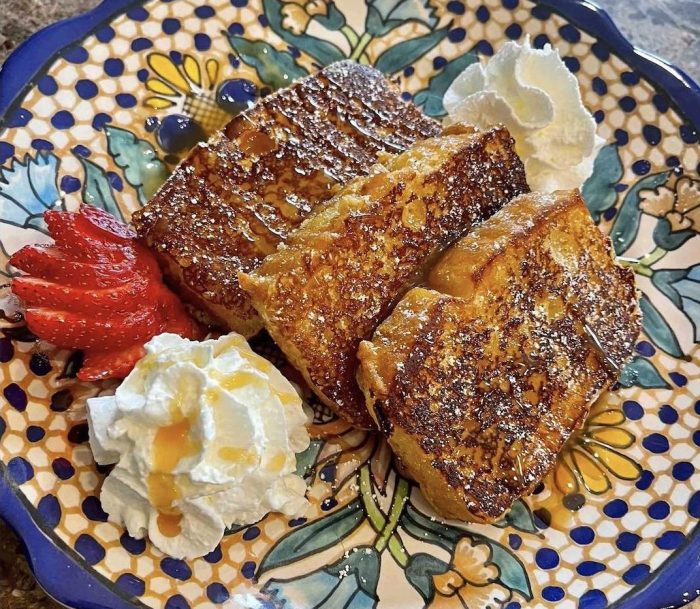 This coquito French toast was gobbled up so quickly one Sunday morning in Bex Streeper’s home, she hardly had time to take photos of her just-invented, instantly-family-famous recipe. “My husband says it’s the best thing he’s ever eaten,” says Bex, who grew up in Chicago and now lives in central Iowa. Bex loves to add Latino flourishes to everyday dishes, inspired by the ingredients and sabores she and her husband grew up eating in her Puerto Rican-Polish and his Mexican family.

In this case, classic French toast got a Puerto Rican makeover. And in this recipe, it’s all about the coquito, the coco-licious Puerto Rican version of eggnog that starts flowing in Boricua homes at the first hint of the December holiday season. (Need a little coquito inspiration? See how Melissa Aguilera-Rober turns coquito (and sofrito) making into an annual pre-Christmas fiesta at her house!)

The inspiration for this breakfast rethink came to Bex Streeper early one September day when she was driving around Des Moines, her new hometown. ”Everywhere I’m going, I’m seeing pumpkin spice latte this and pumpkin spice that, and I started thinking, you know what? Coquito is hella better than pumpkin spice. In coquito, you have cinnamon and nutmeg, as well. So it’s that same flavor pattern, but even better. Why don’t I make things with coquito?”

So, Bex did. Starting with their family weekend ritual. ”Every Sunday, my husband and I have this tradition: We do a big breakfast. He’s been making bacon and sammies for breakfast on Sundays lately. And I said, ’I think I’m going to make coquito French toast this next Sunday. I don’t know what it is yet, but I’m going put together something this weekend.’”

Bex challenged herself to Latino-ize French toast, using her family recipe for coquito. ”I added the coquito as a replacement for the heavy cream and just put it right into the batter.”

The dish was a hit, and has already become a family favorite on repeat request for Sundays. Bonus: Whipping up a batch of coquito for breakfast, Bex discovered, has two unexpected uses—both súper delicioso.

The first: ”I am also using the creamer in my coffee in the morning. It makes the most perfect lattes.” And her second “aha” moment: As a twist on the expected Sunday brunch mimosa, if you add rum to this dish’s coquito creamer, you have yourself the most creamy and coconutty breakfast coquito, says Bex. ”My husband likes to add añejo rum to this creamer and it’s incredible. My husband swears it’s the most delicious version he’s ever had.”